Top 10 players in the NFL

Back in July, the NFL Network unveiled the top 10 of its “Top 100 Players of 2020" list, continuing a tradition that has now been running for 10 years. The rankings were determined by votes from current players, with NFL Films revealing they collected 970 ballots and interviewed 132 players from across the league.

A genuine star at the end of last season, the big running back literally carried his team into the playoffs and to some shocking upsets over more heavily fancied teams. Derrick Henry was ranked 99 on this list 12 months ago, but registering 182 and 195-yard totals in those victories over the Patriots and Ravens unsurprisingly saw his stock soar.

The reigning AP Defensive Player of the Year, the Pats cornerback was dominant in 2019, recording a league-high 20 passes defended and a joint-high six interceptions. It might have been a tumultuous period in New England given the departure of Tom Brady, but it should also be remembered as the time that Stephon Gilmore truly broke out, earning a second All-Pro berth, being named to his third Pro Bowl and now securing top-10 status among his fellow players.

The fact the Texans traded their star wide receiver this off-season is unfathomable, DeAndre Hopkins clearly establishing himself as one of the best in the league at his position. In 2019, he was an All-Pro for a third straight season after catching 104 passes for 1,165 yards and seven touchdowns, while adding 15 catches and 208 yards in Houston’s two playoff games. Now he’ll line up for Kliff Kingsbury and the Cardinals, giving promising QB Kyler Murray a true weapon to stretch the field.

The best tight end in football, the 49ers star can simply do it all; catch, rack up yards after a completion and be simply devastating as a run blocker. No player at his position has ever been voted so high on this list (Rob Gronkowski’s 9th place in 2016 was the previous best) and George Kittle deserves to be so highly regarded after helping his team to the Super Bowl last season.

Moving up no fewer than 36 spots from a year ago, the Panthers’ star was excellent on the ground and through the air, recording 1,387 yards rushing and 1,005 yards receiving. That added up to a league-leading 2,392 yards from scrimmage that stands as the third-highest total in NFL history, and sees Christian McCaffrey – known as “Run CMC” – voted as the best running back in the league by his peers.

Every week, defences know the Saints are going to throw to Michael Thomas and yet they seem powerless to stop him. The 27-year-old tallied a league-best 149 catches, earned his second straight All-Pro nod, took a third consecutive trip to the Pro Bowl, his third straight 100-catch season and has now surpassed 1,000 yards in all four of his NFL seasons. He also had the highest total of receiving yards (1,725) and yards per game (107.8), making it no surprise he is the highest ranked receiver on this list.

Two things seem strange when looking at Pat Mahomes. Firstly, last season was only his second as the starting QB for the Chiefs, and the second is that in both those years he has been voted no.4 on this list which somehow is not high enough. Claiming the Super Bowl MVP as he brought the trophy back to Kansas City for the first time in half a century, his play in the closing stages of that game was simply incredible to witness.

Slipping from no.1 a year ago to no.3 is perhaps more of a reflection on the Rams than on their star man. While his team went from the Super Bowl to missing the playoffs altogether, there was no let up from Aaron Donald who once again proved to be a devastating, game-wrecking force who shreds offensive lines and coaching plans with equal aplomb.

While newcomers like Lamar Jackson and Pat Mahomes steal the attention, last season saw the Seahawks QB enjoy the best year of his career and that has been recognised by his peers. Russell Wilson was sacked a league-high 48 times, yet started every game, threw 31 but just five interceptions while racking up 4,110 passing yards and a 106.3 passer rating. He might not be as widely known as the two aforementioned stars, but when he is on the field, there is always a chance that Pete Carroll and Seattle will emerge with yet another victory.

What more can be said about Lamar Jackson? The Ravens star wasn’t even on this list a year ago but was a unanimous choice as NFL MVP last season after setting a new single-season record for rushing yards by a quarterback, leading the league in touchdown passes (36) and becoming the first player to put up 3,000 yards passing and 1,000 rushing. With a team built perfectly for him to thrive, he now needs to translate that to postseason success but few would bet against the former Louisville Cardinal doing exactly that.

Here at 10bet, we love top 10s, and we’re back with another one for you this week as we run the rule over the 10 best left-backs in World football....
Adam Digby
Nov 3
Bet Now
Read More

For obvious reasons, football’s transfer window was very different, only coming to an end on October 6. The change in schedule and strained finances of many clubs led to some...
Adam Digby
Oct 6
Bet Now
Read More 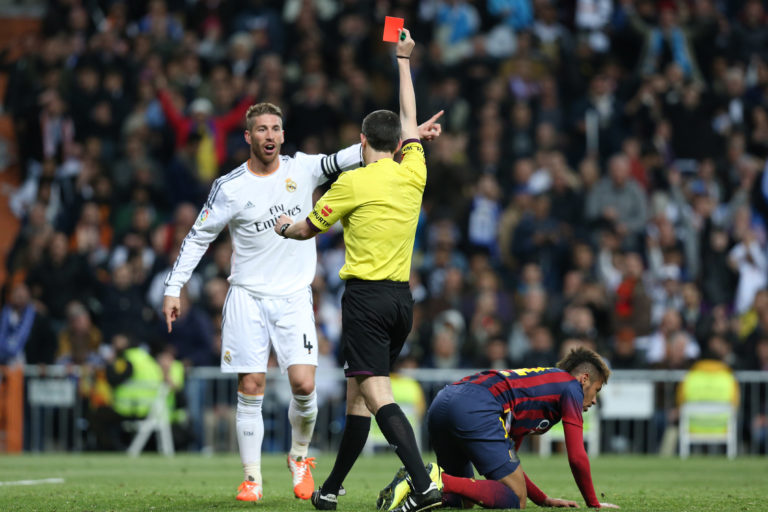 Top 10 most deserved red cards of the decade

Some red cards can be debated forever, others are just indefensible and those are the ones we're looking at here. Join our writer Adam Digby as he takes a look...
Adam Digby
Aug 26
Bet Now
Read More